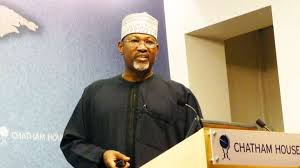 An election held in the face of raging insecurity has not only become one of the most peaceful in the nation’s annals but has also produced heroes of local and international acclaim, EMEKA EJERE, writes

Nigerians and non Nigerians who fled the country in anticipation of post election violence may now be regretting their actions. This is because they have ended up denying themselves a lifetime opportunity of being part of what has turned out to be adjudged the most successful and peaceful presidential and National Assembly elections in the history of the country’s democracy.

The whole world is congratulating all Nigerians who are part of the success story while paying glowing tribute to those who went extra mile in making the nation achieve this feat.

Some of those who took to their heels ahead of the keenly contested elections were probably sceptical about the ability of the electoral umpire – the Independent National Electoral Commission (INEC) to deliver a credible election that could be accepted by all.

Others probably did not see in the two major contenders, Gen MohammaduBuhari of the All Progressives Congress (APC) and Dr Goodluck Jonathan of the Peoples Democratic Party (PDP), the spirit of accepting defeat. But events turned out not only proving the runaways wrong but also making Nigerian heroes that today dominate discourse in local and international media.

While US President Barack Obama said the polls had “shown the world the strength” of Nigeria’s commitment to democracy, the United Nations Secretary General Ban Ki-moon said the way the polls had been conducted was “a testament” to Nigeria’s “democratic spirit”.

By receiving 15,424,921 votes to Goodluck Jonathan’s 12,853,162, Buhari becomes the first man to democratically overthrow a sitting Nigerian president. He becomes the first man since the return of democracy in Nigeria (1999) to defeat a PDP presidential candidate. When he takes over in May 2015, he will become the first Nigerian to assume the highest political office of the land as a septuagenarian.

Mr.Buhari reaching his destination after three previous attempts (2003, 2007 and 2011) that met with failure, many believe, has made himself a hero whose courage rather grows with obstacles. “This is the same Buhari once derided as a perennial presidential aspirant”, one of his jubilant supporters recalled.

For the first time, Buhari is no longer seen as a leader of northern Nigeria. Statistics of the election show he now has the national acceptance he sorely lacked. This is the first time in four attempts that Buhari has won more than one state in the north-central zone. Before now, he never won a state in the southwest. But this time he not only won his first southwestern state, he won four more.

Expectedly Buhari’s victory triggered wild jubilation among his supporters all over the country, but he quickly released a statement to say the celebrations should be instead sober. Perhaps that was the first sign of a man who will not get easily carried away.

Most Nigerians are in agreement that history will ever be charitable to Prof AttahiruJega, the INEC chairman, for giving the country an election that has today made international headlines as credible and peaceful. The big irony is that this is the same electoral umpire who was demonised in the lead-up to the election by both the PDP and the APC.

Only in January, Mr.Buhari allegedly claimed that Jega’s INEC programmed its computers to short-change his votes by 40 percent. Meanwhile, PDP’s anti-Jega crusade had begun back in September 2014 when he announced additional polling units, and then went ahead with his insistence on checking electoral fraud with the use of voter card readers.

The last few weeks to the election were most challenging for Mr.Jega, especially seeing plans being mulled to relieve him of his job. The period also saw him take a difficult decision of shifting the elections on the advice of the nation’s security chiefs.

On the third day of elections, it was alleged that some people in Jonathan’s camp were still making last-gasp efforts to scuttle the electoral process.

“For some inexplicable reason, some state collation officers were deliberately refusing to turn up at the national collation centre to turn in their already-compiled results – that was after INEC offered to fly them to Abuja, even though that was the duty of the officers,” said Mr.FisayoSoyombo, a public affairs analyst.

Many believe that Jega faced his stiffest test of the election on the day Elder GodsdayOrubebe, a former minister of Niger Delta, stalled the opening of collation in a semblance of a melodrama acted in a fa stalling the opening of the day’s collation. For more than 30 minutes, Orubebe screamed and rained abuses  on the INEC chairman.

But Jega, to the admiration of millions of Nigerians, responded calmly, reminding Orubebe of his duty to the country as a former minister of the federal republic. The moment which started as an immense embarrassment for Nigeria, ended up bringing out the hero in Jega the more.

“In the decades to come, the story of Nigeria’s 2015 election will be incomplete without detailed reference to the integrity, impartiality and conscientiousness of AttahiruJega,” Mr.Soyombo further said.

Mr. Jonathan has among other things proved to the world that a loser can be a bigger hero than even a winner. By his conduct, which is widely believed to have helped a lot in enthroning peace during and after the elections, he now has the credit of even those who had persistently identified his administration with corruption, mediocrity and failed promises.

On the election day when four INEC card readers failed to clear him, Jonathan preached peace and urged Nigerians to support the INEC. A moment of madness from him at that time could have sparked violence, many believe.

As if that was not enough, once the president realised the game was up, he called Buhari on telephone to concede defeat, thereby setting the tone for a peaceful handover. After failing to sign the results sheet, Jonathan’s PDP looks primed for a fruitless legal tussle – but it is of no consequence.

A political analyst who pleaded anonymity, opined, “By conceding defeat, Mr. Jonathan succeeds in masking his numerous inadequacies with one final show of statesmanship. In the developed world, this action will amount to nought. At this phase of Nigeria’s democracy, it should be praised.

“In the final analysis, history will be kinder to Jonathan than his underwhelming four years deserve – because he will not be remembered as the one who made life difficult with fuel price increases less than a year into his tenure; or the one under whose watch Boko Haram blossomed; or the one in whose time the naira fell to its all-time low; or the one in whose care billions disappeared without consequence; or the one who granted state pardon to one of Nigeria’s most notorious and ignominious public-office thieves.”

Mr.RenoOmokri Special Assistant to President Jonathan on New Media, took to Twitter and wrote: “In Nigerian history, which leader ever called an opponent to congratulate him? How much more an incumbent? That’s the greatness of Jonathan.

“Under Jonathan, Nigerians criticize govt without fear, elections are free & fair and amidst thechallenge of terrorism he grew our economy.

GEJ is a man of peace. He puts God then Nigeria first. There’s no bitterness from him. His supporters must take their cue from his behavior. President GoodluckEbele Jonathan is my hero.”

Former governor of Lagos State and APC national leader, Asiwaju Bola Ahmed Tinubu is arguably another hero of the March 28 presidential/National Assembly elections. He is one man generally seen as the backbone of the APC.

From the conceptualisation of the party to the formation and to the sustenance, findings showed that Mr.Tinubu’s financial and moral support has been invaluable. Little wonder that one of the factors many thought would have killed the party was a conflict of presidential interest between him and Mr.Buhari.

However, Tionubu surprised the world when he did not only support Buhari to emerge the party’s presidential flag-bearer, but he also chose to go for the vice presidency, just to avert a Muslim-Muslim ticket that would have at best earned the party the identity of an Islamic party that could have hardly smelt victory.