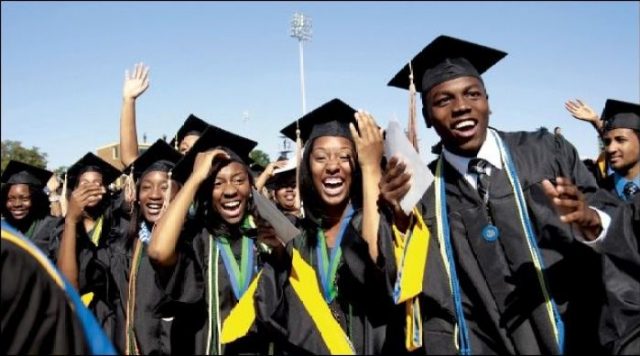 United States Government has said that about 14,000 Nigerians who pursued U.S. graduate and undergraduate degrees, brought an estimated $501 million to the country last year.

The government which made the disclosure in its website, noted that Nigeria sends more students to American colleges and universities than any other country in Africa.

The information said about 100,000 Nigerians visit the United States in a year.

“With over 100,000 travelers to the United States each year, Nigerians boost American businesses, colleges, and universities. There are over 8,800 education and exchange program alumni from Nigeria and the United States,” it said.

“Nigeria sends more students to American colleges and universities than any other country in Africa and is the eleventh largest source worldwide of international students to the United States.

“In Academic Year 2019-2020, a record-breaking number of nearly 14,000 Nigerians pursued U.S. graduate and undergraduate degrees, bringing an estimated $501 million to communities across America. In 2020, advisees of EducationUSA services received scholarships worth $28 million.”

The US however, regretted that Nigeria has become one of the countries with very complex humanitarian challenges on account of insecurity.

“Northeast Nigeria has become one of the world’s most challenging and complex humanitarian crises. The United States is the largest humanitarian donor in response to the crisis, providing $1.45 billion since 2015 and supporting almost two million conflict-affected households,” it said.

“Since 2017, Department of State and Department of Defense security assistance for Nigeria totals approximately $650 million, including $500 million in Foreign Military Sales. The United States looks forward to delivering twelve A-29 Super Tucano aircraft this year. Nigeria also has one of the largest International Military-Education and Training (IMET) programs in Sub-Saharan Africa.

“The United States promotes strong and broad collaboration between government and civil society at all levels, including civil society organizations led by women and members of marginalized groups. We also support the establishment of robust early warning systems to identify and mitigate drivers of communal conflict and violence in vulnerable states.

“As the Gulf of Guinea has become the world’s hotspot for piracy and armed robbery at sea, Nigeria has stepped up efforts to stem this problem, including a new initiative, Deep Blue, consisting of vessels, shoreside infrastructure, and personnel that can be dispatched to respond to piracy incidents. It is expected to become operational by mid-2021. U.S. efforts to stem piracy in the Gulf of Guinea help to strengthen maritime governance, enable the development of sustainable, maritime-based economies, and protect international maritime commerce.”