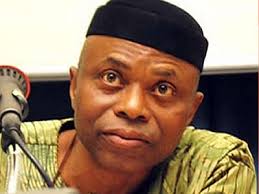 Ondo State Governor, DrOlusegunMimiko, has promised to make the state assume the status of the number one tourism corridor in the country with its existing tourism facilities. The governor made this disclosure when he paid an inspection visit to the International Event Centre, fondly named Dome, in Akure, the state capital.

Governor Mimiko who was  in the company  of his deputy, AlhajiLasisiOluboyo, and other members of the state executive, said the project will soon be  completed and open for use.

He expressed satisfaction at the level of the job so far done at the project site and its quality, assuring that the centre when completed would be a global event centre and number one event destination in Nigeria.

Governor Mimiko, expressed optimism that the event centre, which is located closely to the new Akure Shopping Mall would have positive effect on the socio-economic circumstance in the State.

According to him “the Shopping mall with Shoprite as the ancour tenant is just a stone throw from here and there is also a five-star hotel coming up in that premises.

” Down the road to Idanre, we have the world-class mountain resort and we have two major golf course within this axis. The Elizade golf course, Smoking Hills and the Atosin golf course, all along this corridor”.
He mentioned further that “what we are looking at is a tourism corridor like no other one in Nigeria and I have no doubt in my mind that this will have positive effect on the socio-economic circumstance in Ondo State” he submitted.

While conducting the Governor and his team round the project site, the technical director of the project, Mr Adam Chandy, said the centre was expected to be delivered soon as it has reached about  80 percent  completion.

Chandy explained  that the event centre contains a main hall capable of sitting 2000 persons,  another auditorium for 450 persons, four syndicated rooms for brief meetings, 40 toilets, bar and restaurant among others. 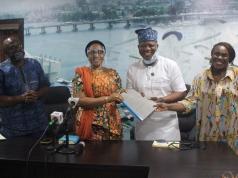 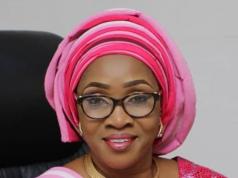 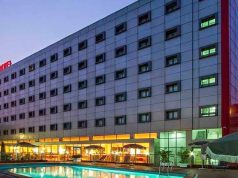